Blend Ambassador: Supervised by Yuko Kanazawa
Design, illustration: Haruka Aoki
Coordinator: Rie Aoki
Eastern Medicine and Dentist: Recommended by Sara Ogura
Manyo Tenchi is a Japanese black tea blended with mainly Japanese ingredients, recalling the time of the Manyo Cultural Era (Late 7th to late 8th century).
In this Reiwa Era, we will keep up with the old ways and traditions through our production of Manyo Tenchi. 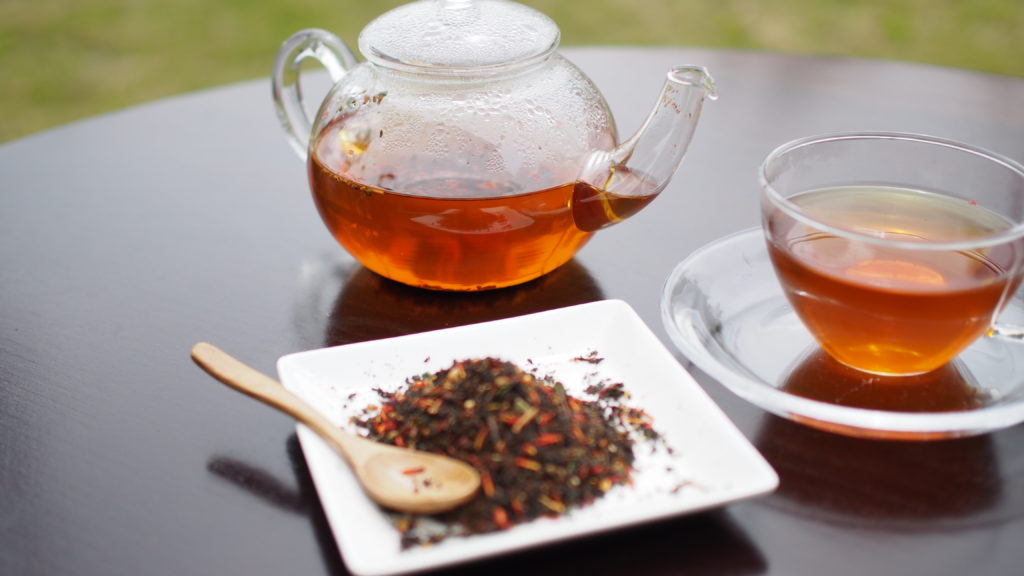 Amacha has a natural sweet taste.
Amacha, from the town of Shinano in northern Nagano Prefecture, is naturally sweet and can be served without sugar.
Amacha is served at the “Hana-Matsuri” (Flower Festival), the birth anniversary of Buddha.
Some say that it has been around since the time of Prince Shotoku (End of the 6th century to the early 7th century.)
It has an anti-aging effect, due in part to the antioxidant properties of tannins. 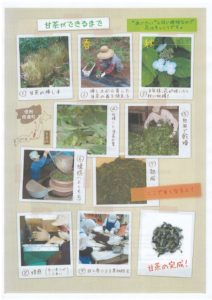 The process of making Amacha

Green tea, oolong tea, and black tea are made from the same tea tree.
Black tea is made by oxidative fermentation with enzymes contained in tea leaves.
Our black tea is made by fermenting organic Chiyono-en green tea (Grand Prix winner for Japanese black tea) from Yame, Fukuoka Prefecture.
It is known that gargling with tea prevents viral infections such as the common cold and also has a relaxing effect.

The red anthocyanin pigment is rich in vitamin C and contains citric acid, which is good for relieving fatigue.
It also has a weight-loss effect because it does not readily turn into sugar when carbohydrates are consumed.

Mikan (Mandarin orange) peels, also called Chinpi, have long been valued in Kampo (a traditional Chinese herbal medicine popular in Japan.)
The skin of the Mikan is rich in vitamin C and has a natural aroma.

The language of yuzu flowers is “healthy beauty.”
It is said that yuzu can be used entirely and without discarding any parts away.
Yuzu warms the body from the core, so much so that it is said, “If you take a yuzu bath on the winter solstice, you will not catch a cold all year round.
It also has a whitening effect. 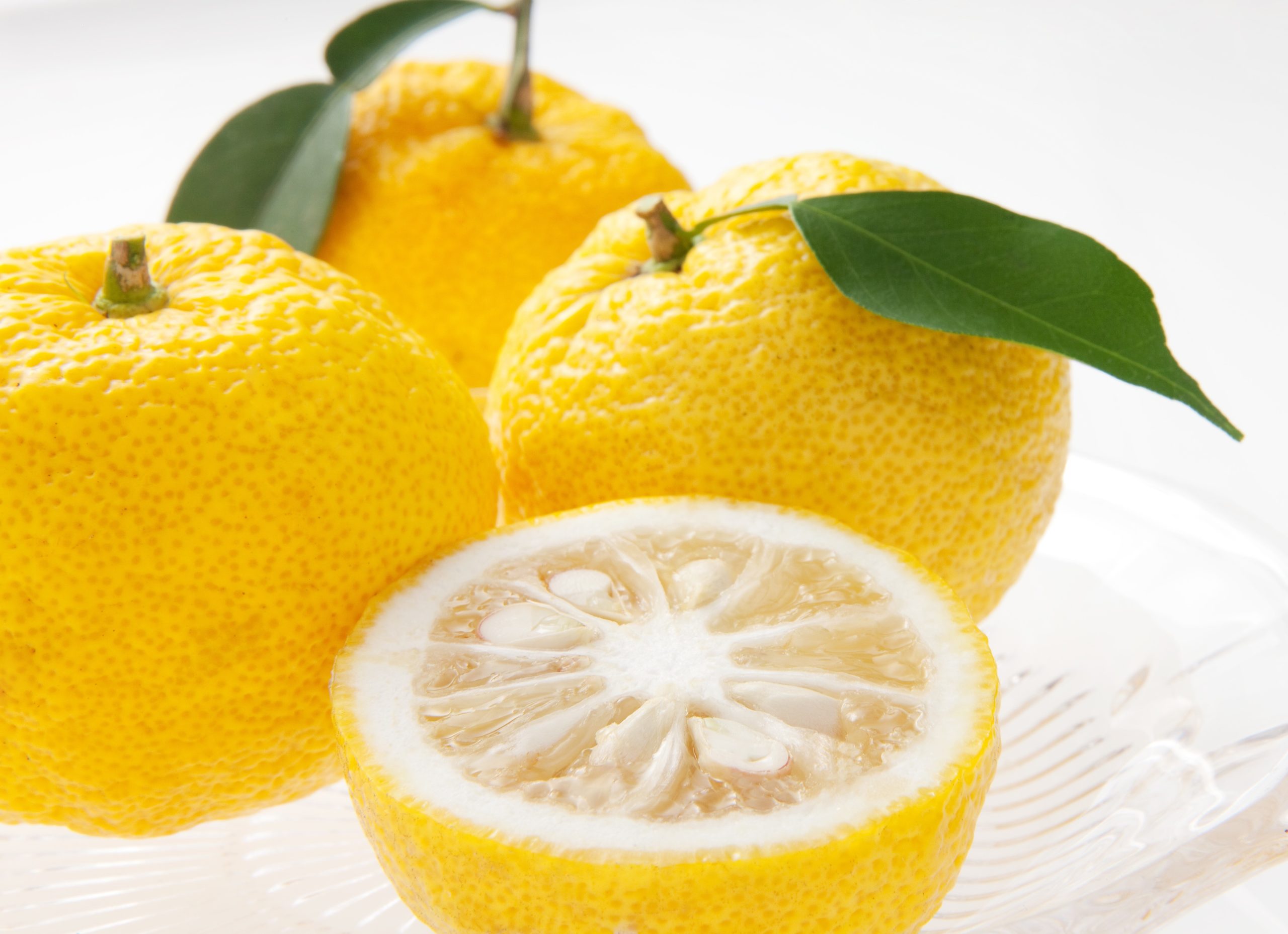 This flower has been mentioned in poems since the time of the Manyo Cultural Era (Late 7th to late 8th century).
It is also known as a dye through the safflower dyeing process.
In medicinal herbs, it is also said to improve blood flow.
In the Manyoshu (The Anthology of Myriad Leaves), Kakinomoto no Hitomaro reads, “kurenai ni koromosomemaku hoshikedomo kitenihohabaka hitonoshirubeki.”
Meaning: I would dye the robe red, but if I wear it and stand out, people will know my love.